The Most Successful Ministry Failure Ever

When Seth and I were seeking counsel on whether or not to return to our suddenly-shockingly dangerous mission field, one counselor made some pithy statements that stuck with me; and I’ve ruminated on them since.

That meeting was quite humbling, because the take-away main point had to do with how unnecessary we are. We really needed convincing on that point! 🙂 When we contemplated leaving Africa, we couldn’t get around the “need” for laborers in our field.

Ours is a pioneer mission field. Swiss Presbyterian missionaries laid a wonderful foundation in the last century by translating the entire Bible, translating hymns and inventing a musical notation system for a hymnal, starting schools and hospitals, and building Presbyterian churches. Unfortunately by the ’50s,  they were going liberal in their theology and lost the Gospel; and by the ’60s, the missionaries were gone.

We, along with our teammates, and a national pastor or possibly two, are the only true churches with a Gospel witness in about 2.2 million Tsonga people in South Africa, and 3.1 million more in Mozambique. Truly the laborers are few! Who else, we wondered, would go through the struggle to learn this African language that had no language school? Learning the language and culture was an investment we weren’t going to easily give up.

And we hadn’t been “successful” enough yet to leave! Our infant church needed us. It wasn’t ready to stand on its own.

But this counselor wanted to make a point even more important than our need for humility (and yes, even he, I think, would concede that our field does “need” laborers), and that is, that our children also needed us–parents, alive and whole, whose eyes could focus on them, and not always be focused on the ministry–in fact, that our children needed us more than the ministry needed us.

I know, this isn’t really rocking your world yet, is it? Duh, no brainer. We’d all say our family is more important than ministry.

But then he mentioned a Scriptural example that gave me a new flash of understanding, that set that truth in a clearer light for me. Are you ready for some easy Bible trivia? See if you can answer this question, the question he posed to us when we were busy arguing for why we were needed in Africa:

Who did Noah take on the ark with him?

The Bible is clear– “Noah, the eighth person,” it says.

By faith Noah, being warned of God of things not seen as yet, moved with fear, prepared an ark to the saving of his house; by the which he condemned the world, and became heir of the righteousness which is by faith. ~Heb. 11:7

Which sometime were disobedient, when once the longsuffering of God waited in the days of Noah, while the ark was a preparing, wherein few, that is, eight souls were saved by water. ~1 Pet. 3:20

And spared not the old world, but saved Noah the eighth person, a preacher of righteousness, bringing in the flood upon the world of the ungodly. ~2 Pet. 2:5

And the Lord said unto Noah, Come thou and all thy house into the ark; for thee have I seen righteous before me in this generation. ~Gen. 7:1

The new, interesting thought to me was an analysis of Noah’s “ministry” successes. Peter called him a “preacher.” I’ve heard some sermons or children’s presentations that mention him preaching to the ungodly for over 100 years. Dramatic recordings usually have Noah pausing in the middle of building the ark to preach a sermon to unbelievers in evangelistic 21-century style.

And what does he have to show for his evangelistic efforts?

“Nothing,” most of us would respond.

And there’s the rub, the immediate rebuke: nothing??! Saving his family is nothing?

But I’m pretty sure that if Noah were reporting to supporting churches after twenty years of service, he’d have lost support. If he were trying to raise more support in his 87th year of service on his oh-so-very-needy field, he wouldn’t get it! If ministry successes were based on numbers, and let’s admit it, we all do assess our ministry successes this way to some extent, we wouldn’t support Noah, the eighth person, today. Wow. 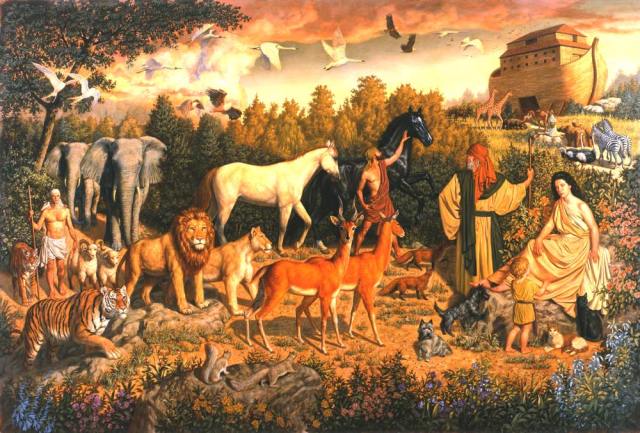 But was he a failure, then?

Ezekiel implies he was one of the best, listing him in a group of three along with Daniel and Job. And what of Jeremiah, preaching for fifty years, with only three converts mentioned?

What about you, dear missionaries and preachers of righteousness? Who are you gonna take on the ark with you? It can be so hard to balance the needs of ministry with the needs of family. My husband tried to think through the difficulties of obtaining this balance here.

For those all-out, die-hard missionaries who can sometimes run over people in their zeal, let’s get this one point from Noah’s example:

In the eyes of many, his “ministry” was a failure; but he saved his family. And God called him righteous. The eighth person was a hero of the faith. 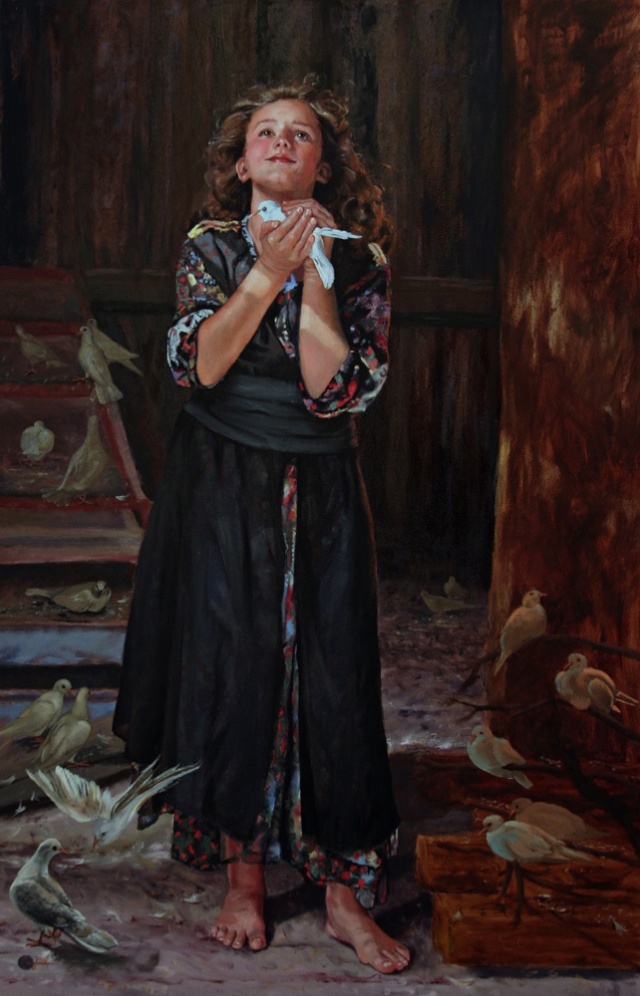 Noah’s Daughter-in-Law in the Dovecote by Mary Jane Q. Cross

I'm Amy, a missionary wife and homeschooling mother of five children, blogging about our lives and perspectives on culture in South Africa.
View all posts by Amy →
This entry was posted in Missional Monday and tagged Churchplanting, encouragement for missionaries, evangelism, Missional Monday, missionary challenges. Bookmark the permalink.

4 Responses to The Most Successful Ministry Failure Ever